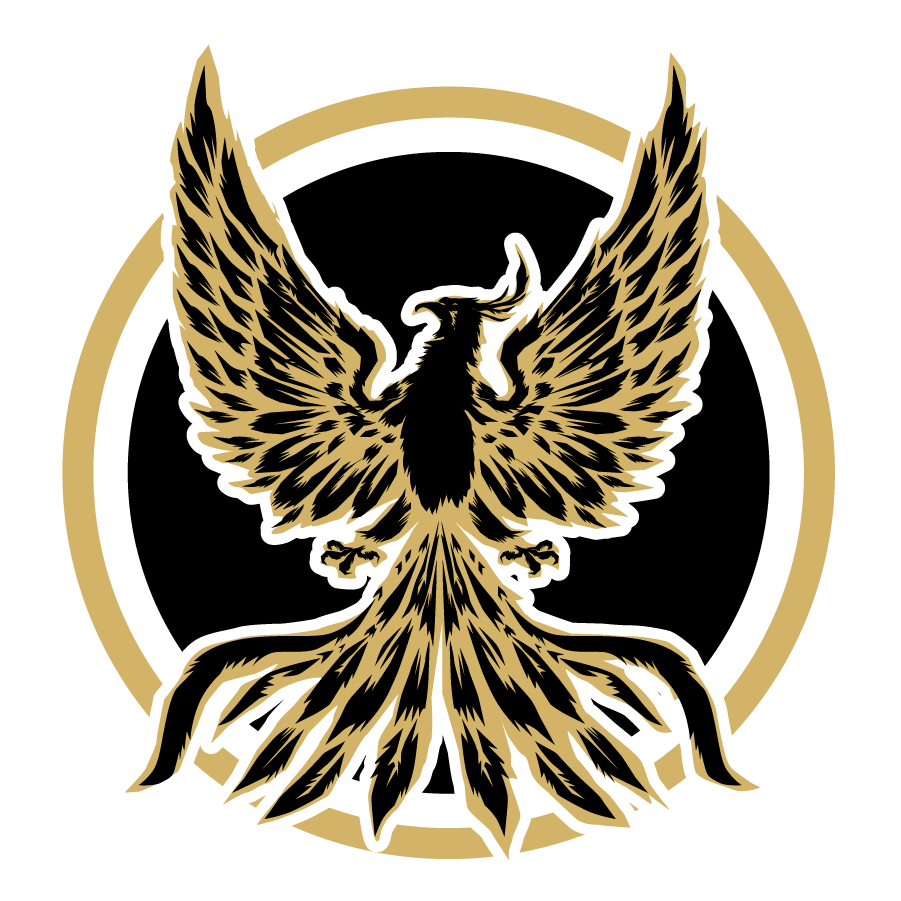 The modern-day duchy of Fenixvalle has existed since shortly after the formation of the Kingdom of Vornair in 698. Ever since it’s foundation, the duchy has been ruled by members of Clan A’chaillte and House Fenix. The Duke and Duchess have historically been representatives from each clan, chosen by their respective clans to enter into an arranged marriage. While arranged marriages are not always fruitful, the Duchy of Fenixvalle has prospered under this unorthodox rule. And while it may seem fragmented to some, the Duchy of Fenixvalle is a modern-day representation of the Scattered Lands where Clan A’chaillte and House Fenix first met.
The Kingdom of Vornair was once called The Scattered Lands, and within its boundaries lived many clans. These clans competed with each other for food, land and military superiority, but were able to coexist.

One such clan was Clan A’chaillte. They were a relatively peaceful clan, who honored their ancestors. They felt a connection to the land they lived on, and used this connection to prosper. They had capable farmers who could support the entire clan with their plentiful harvests. They also had incredible breeders who specialized in war horses, for which the clan was widely known. But mostly Clan A’chaillte was known for their healers. Doctors and apothecaries who were rumored to be able to cure any disease.  Clan A’chaillte was led by The Council of Three, who settled any disputes that might occur, and their word was law within the clan. The Council of Three had formed in 412 after in-fighting over clan leadership threatened to tear the clan apart. While they did not actively seek out disputes, Clan A’chaillte had a small but elite force of war horse riders, known simply as The Riders. Established in 480, the Riders patrolled all of Clan A’chaillte’s borders, however they paid particular attention to the border they shared with House Fenix.

House Fenix was started by a man named Leto who had escaped the prisons of the Empire of Xeilias. He had been falsely accused of murder in 641 and forced to labor in Xeilias’ gem mines for ten years. After years of planning his escape with a group of fellow prisoners, the opportunity to escape came, and they took it. The group fled into the Scattered Lands, knowing the Empire of Xeilias had no hold there. They made their way through the Scattered Lands, until finally they arrived at the border of Clan A’chaillte’s territory in 651.
Here the land was untouched, with tall trees, pure water and caves ripe with minerals. After many years laboring in the gem mines, Leto and his group knew how to exploit the minerals. They began mining the land, prospering from the abundant gems, and collecting iron for weapons. All of this was to grow their group into a force that knew no equal. Driven by vengeance and a hatred for injustice, Leto and his group were relentless in their efforts. Several years later, in 656 the group took the name House Fenix and continued their expansion.
Word soon spread to other clans of House Fenix’s tenacity, and they began to attract new members and grow their ranks. Among the prisoners who had escaped with Leto, was a man called Rayvon. He was Leto’s closest confidant, and had been a mason prior to his imprisonment. He taught masonry to the new members, and led the effort to construct defensible towns for the clan. Another member had made a living as a mercenary before his imprisonment. It became evident during their escape that his ferocious fighting style would be a great boon for the group, so Leto had asked him to teach the members of House Fenix how to fight.
While the entire group of escapees were intent on growing House Fenix, some were more comfortable doing so in less conventional and legal way. While these individuals were not inherently evil, they had merely retained their love of drinking, gambling, pugilism and the darker pursuits of life. These men formed a society in the shadows to support House Fenix in their own unique way. 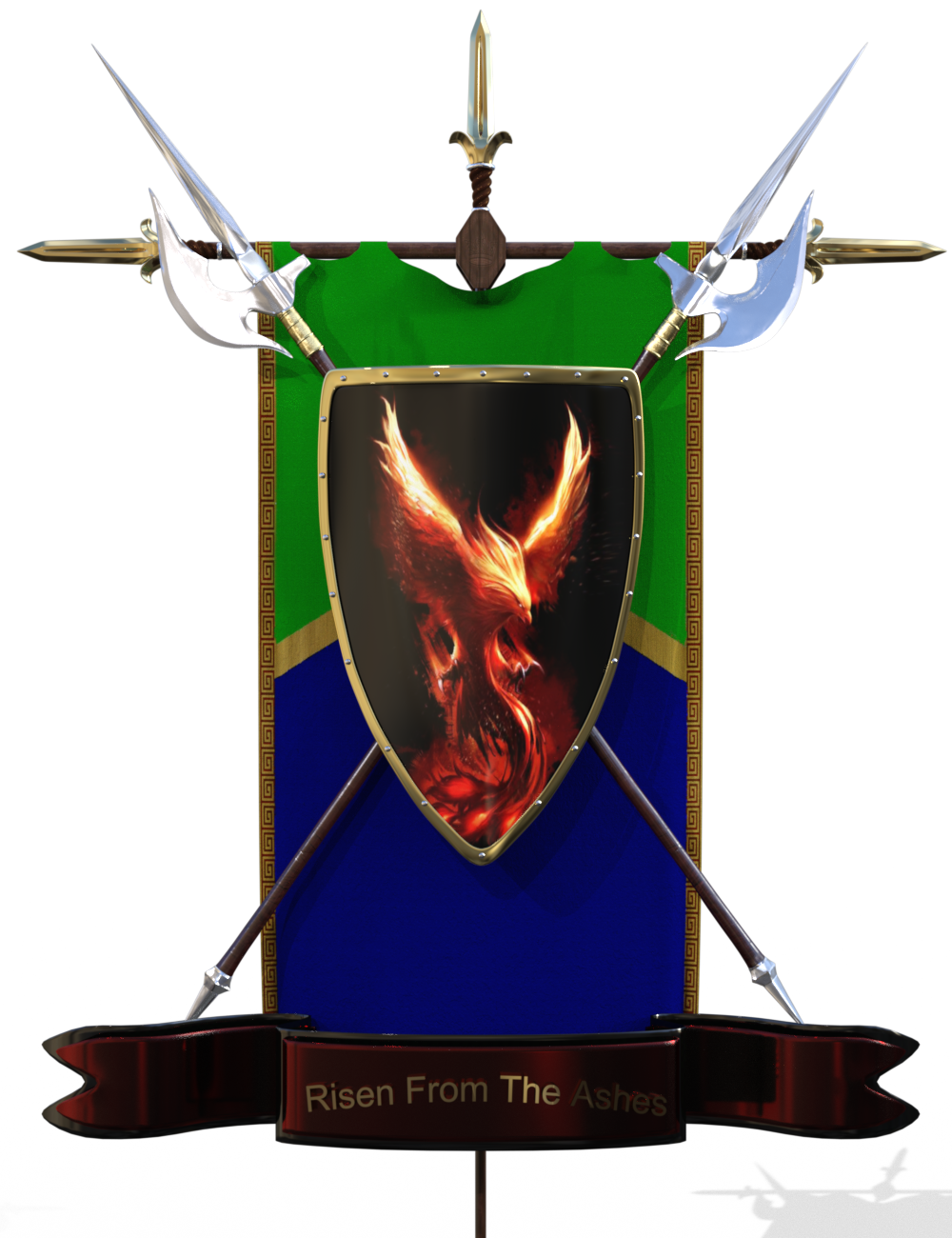 Due to the rapid growth of House Fenix, Clan A’chaillte was wary of their new neighbors. The two clans had a strained relationship at best. House Fenix was driven by vengeance, while Clan A’chaillte valued peace. Minor incidents occurred at the border between these two clans on several occasions, but never escalated. While some of their members were more deviant, they were fiercely loyal and would not do anything to bring unnecessary problems to House Fenix.
This tense relationship lasted 25 years, until the Deranged King of Xeilias invaded the Scattered Lands. House Fenix had a deeply ingrained hatred for the Empire of Xeilias, and this had not diminished over the years. Upon hearing of the invasion in 676, Leto had his people prepare for war. While not in immediate danger, House Fenix was intent on fighting the Empire of Xeilias’ army. In 678, after much preparation, House Fenix began their march to the front lines.

In 679, when they encountered the encroaching army, House Fenix released all of their years of pent-up hatred in a brutal attack. The attack lasted a full day, and became known as the Day of Blood and Vengeance. The Empire of Xeilias army suffered some of the heaviest casualties they had seen since entering the Scattered Lands, while House Fenix had almost none. However the Deranged King had drafted his entire population, so there were soon replacements for those who had fallen to House Fenix. Despite his anger, Leto knew that this was not a fight his people could win alone and began to retreat.

In 680 Clan A’chaillte received a summon from Clan Rhyne. Clan A’chaillte was aware of Clan Rhyne, their healers had dealt with them in the past, and so they decided to answer the summon. Shortly before the Council was to leave for the meeting with Clan Rhyne, House Fenix returned.
Knowing House Fenix’s history with the Empire of Xeilias, Clan A’chaillte offered them support upon their return. They gave them food and medicine to revitalize their army. The Council of Three also sought out Leto to discuss the summons from Clan Rhyne, and extended the offer for House Fenix to join them at the summit. Knowing that this may be the only option that would get him his revenge, Leto agreed. With that, both The Council of Three and Leto left to attend what would later be known as the Banding of the Clans in 681. After much discussion, many of the clans, including Clan A’chaillte and House Fenix, agreed to unite under Clan Rhyne for the sake of driving back the invading force.
When the fighting finally stopped and the Kingdom of Vornair had been formed, Clan A’chaillte and House Fenix returned to their lands, only to receive another summons from King Jordyn Rhyne. The King wanted to create a duchy from the lands occupied by both clans, but could see no way to force one clan to submit to the other’s rule. After some time, Clan A’chaillte and House Fenix decided on a marriage agreement to unite the clans within the duchy. While both clans would be under the rule of both the Duke and Duchess, each clan was able to maintain its way of life. They decided to name their duchy Fenixvalle, as a symbol of the two clans newfound connection. In the years directly following the duchy’s formation, several smaller clans pledged their allegiance and joined the duchy, thus growing and shaping the Duchy of Fenixvalle. 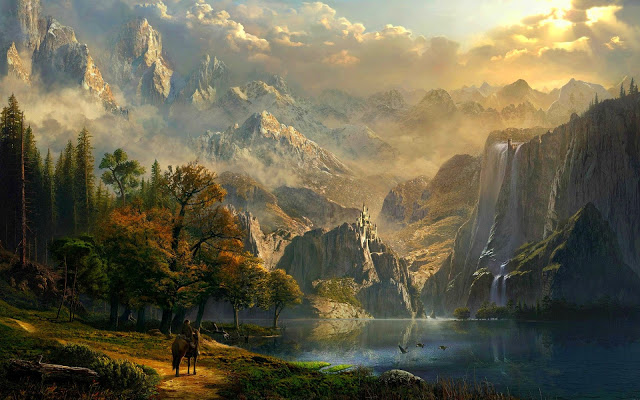 A THRIVING ECONOMY IS BASED ON COMMERCE IN A MULTITUDE OF DIVERSE ACTIVITIES RANGING FROM TRADE, MERCANTILE, VICE...AND MANY MORE. FENIXVALLE IS NO EXCEPTION AND OUR ECONOMY WILL GROW AND THRIVE AS WE DO.

THE DUCHY WILL RELY ON ITS FORMIDABLE ARMY, NAVY, SECRET GUARD AND COUNTLESS ALLIES TO PROTECT IT'S PEOPLE FROM THE MANY DANGERS IT WILL FACE.

FENIXVALLE WILL BE A DIVERSE CULTURE LIKE THE MANY INHABITANTS OF IT'S BORDERS.

DUKE AND DUCHESS ALONG WITH A COUNCIL OF COUNTS, BARONS, AND COMMUNITY LEADERS.

HAND OF THE TWO-FOLD QUEEN--RELIGION/MILITARY 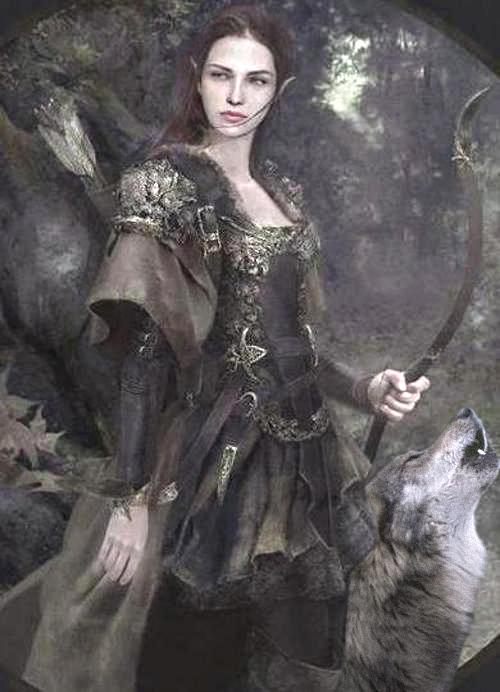